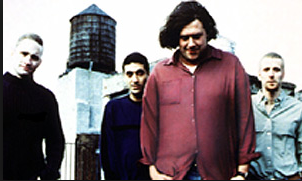 Award-winning rock band emmet swimming are finally back with a new album called “This Kid Walks Into A Bar”. The album was recorded at Recording Arts with long-time producer Marco Delmar. Delmar says:

“As always, working with emmet swimming is a great adventure in the possibilities of modern pop/rock, as well as a process that can only be described as sheer fun. This band has evolved greatly since it’s early days whilst still maintaining it’s original charm…and they have never been more creative. Great songs as usual, except now they clearly know what they want to say, and are not afraid to let the energy and passion flow. I really feel their best work is yet to come, and I look forward to it with great anticipation.”

The band will be celebrating the release of their new album with a CD release show at The Birchmere on June 15th.